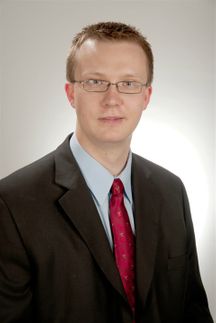 President of the Norwegian Chemical Society

Jørn grew up in the small village of Rotsund in the Northern-Troms region, about 3 hours drive north of Tromsø. After graduating from Nordreisa videregående skole in 2000, he moved to Trondheim where he received his Sivilingeniør-degree from the Chemistry and Biotechnology program at the Norwegian University of Science and Technology (NTNU) in 2005 (Carlsen Group). In august 2005, he started his graduate studies under the supervision of Prof. Huw M. L. Davies at the State University of New York at Buffalo (USA). The Davies group moved to Atlanta, GA, during the summer of 2008 and Jørn received his Ph.D. in Organic Chemistry from Emory University in August 2010. The Ph.D.-research centered on catalyst development for metallocarbenoid chemistry, reaction design, kinetic studies as well as applications of modern computational methods to study mechanisms in metallocarbene chemistry. Next, he joined the research group of Prof. David MacMillan at Princeton University as a Postdoctoral Researcher working in the areas of high-throughput reaction  discovery, organo- and photocatalysis and applications towards medicinal chemistry. After a brief appointment as a Visiting Assistant Professor of Chemistry at Touro College in New York City, he joined the faculty at the University of Tromsø (UiT), Department of Chemistry, in October 2012 as an Associate Professor of Organic and Medicinal Chemistry.